CarPlan was the headline sponsor of the 2011 International Origin Rugby League Match.

The match, known as the CarPlan International Origin Match was played in June 2011 when England took on the Exiles. This was a noteworthy team made up of the finest overseas stars playing in the Engage Super League. The match was played at Headingley Carnegie Stadium.

Commenting on the partnership with CarPlan, the RFL’s Director of Marketing and Communications, Andy Hewitt stated;

“We are delighted that CarPlan have decided to become the headline sponsors of the inaugural CarPlan International Origin Match. This match has captured the imagination of everyone connected with Rugby League. It is a great concept that will see the cream of the best Rugby talent in the country coming together in what should be one the most fiercely contested fixtures at international level.”

Peter Schofield, Chairman of Tetrosyl, added: “We are delighted to be sponsoring such a prestigious fixture between England and Exiles. We see Rugby League as one of the UK’s fastest growing and most progressive sports and this partnership offers CarPlan an ideal platform to raise our profile and be associated with such a fantastic and unique concept.”

The CarPlan brand featured on both the England and the Exiles kit and also saw the brand feature at the stadium in the form of advertising boards and other brand collateral.

In a unique concept to British sport, the Exiles squad was chosen in part by the public, furthermore, the fans selected 13 of the 22 squad members to face England and the remaining nine selections were made by the Exiles coach, Brian McClennan, and his assistant Terry Matterson.

Over 14,000 people attended the match, and was eventually won by the Exiles. The Exiles finished just 4 points ahead of England to win 12 – 16. George Carmont scored the winning try with just a minute left to go in the second half, a try which was successfully converted by Pat Richards, therefore giving the Exiles their win. Exiles stand-off Rangi Chase was awarded the Man of the Match. 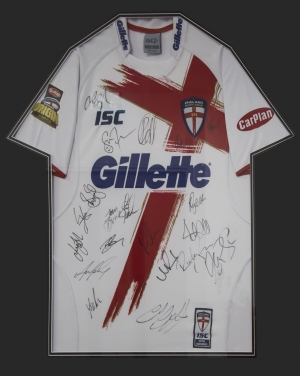 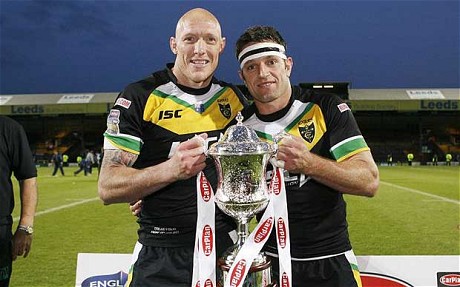