Our involvement with Marussia

In 2012 CarPlan sponsored and supplied products to the new Marussia Formula 1 team for 3 seasons. In 2012 the two cars were driven by veteran Timo Glock and his young teammate Charles Pic and in 2013 and 2014,  the late Jules Bianchi and making his Formula 1 debut,  Max Chilton.

Products like Demon Shine, T- Cut and Wonder Wheels ensured the presentation of the Formula One cars were immaculate every time they left the pit lane. The Marussia team took over from Virgin Racing in 2012 with a brand new car, the Marussia MR01, and aimed to improve upon where the Virgin team had left off.

CarPlan also provided technical and maintenance products for use at the team’s UK based headquarters, the Marussia Technical Centre in Banbury, to ensure the cars were polished, protected and maintained prior to travelling the world to 20 Grand Prix destinations.

Some of the destinations involved included Spain, Italy and Monaco, as well as Australia, Brazil and India. 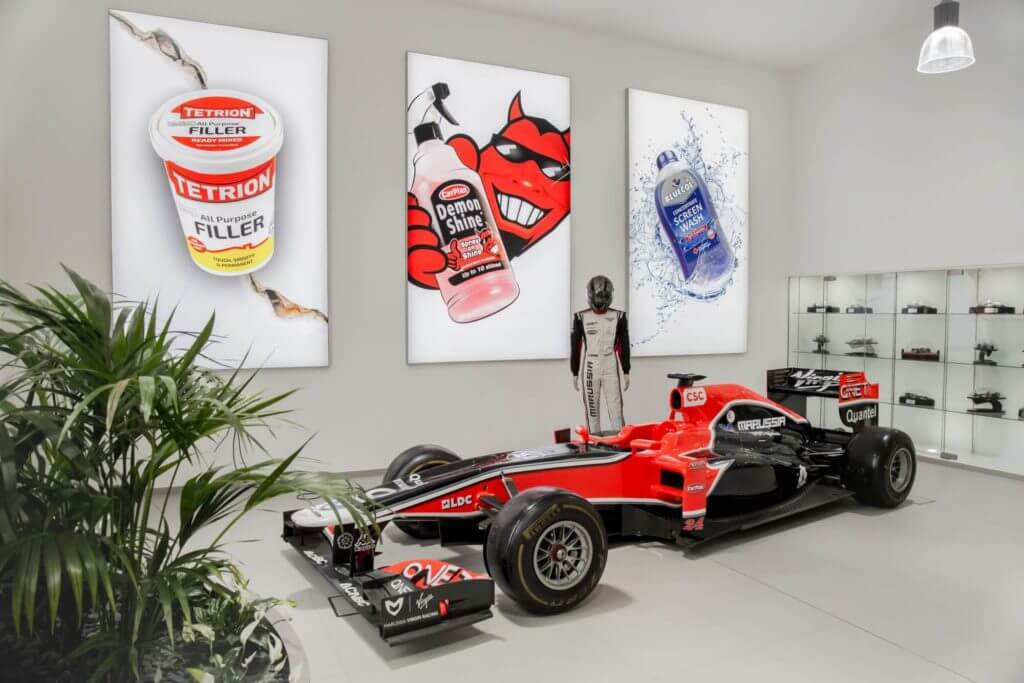 When asked about the partnership, Tetrosyl Group Chairman Peter Schofield stated “We are extremely honoured to be a Marussia F1 team official supplier and we look forward to a great season ahead. It was great to see the CarPlan logo positioned on the turning vanes of the car at the Barcelona test for the first time last week and we have been working closely with the team to ensure the best CarPlan products are selected. We are delighted with this new relationship and we wish the Marussia team the best of luck this season.”

The season started well, with a promising 14th position in Australia to kick off the campaign in the hands of Timo Glock.  They also showed promise later in the year when running on a wet circuit, such as at the famous Spa – Francorchamps circuit where Charles Pic managed to post the quickest time in Free Practice 2, and Glock also grabbed 6th in the session in the challenging conditions.

As the car developed further, so did the results, the highlights including two 12th places – the first by Timo Glock under the floodlights in Singapore where he managed to avoid getting in trouble to bring home the best result of the season so far. Charles Pic also helped to secure 10th in the constructors’ championship at the Finale in Brazil by securing another 12th position for the team, finishing a successful and (with help from CarPlan) a very clean season. 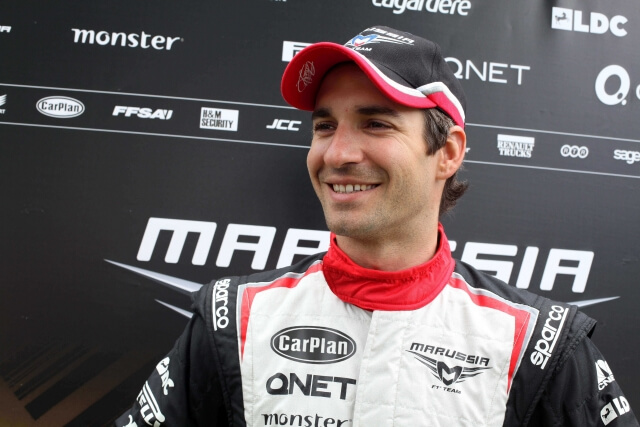 Upon the new season, Tetrosyl Group Chairman wished the best of luck to the new drivers, “Tetrosyl is the largest manufacturer of car care in Europe, selling to 76 countries around the world. The CarPlan brand is growing substantially in Russia, and the Marussia F1 Team is the first Anglo-Russian team competing in Formula One. We would like to wish the Team the very best of luck for the new season with its new drivers.”

In 2013, CarPlan continued to support and sponsor the team, as they aimed to improve in the new season with two new drivers – the late Frenchman Jules Bianchi and Brit Max Chilton. At the second race in Malaysia, Bianchi took advantage of a string of retirements to finish thirteenth overall, once again ahead of their closest rivals, the Caterham drivers. This was their best result of the season, and showed that the car could be competitive. The next best results was a 14th position at the infamous Monaco street circuit, where Chilton completed the 78 lap race to bring the car home. The team once again ended the season 10th in the constructors championship. 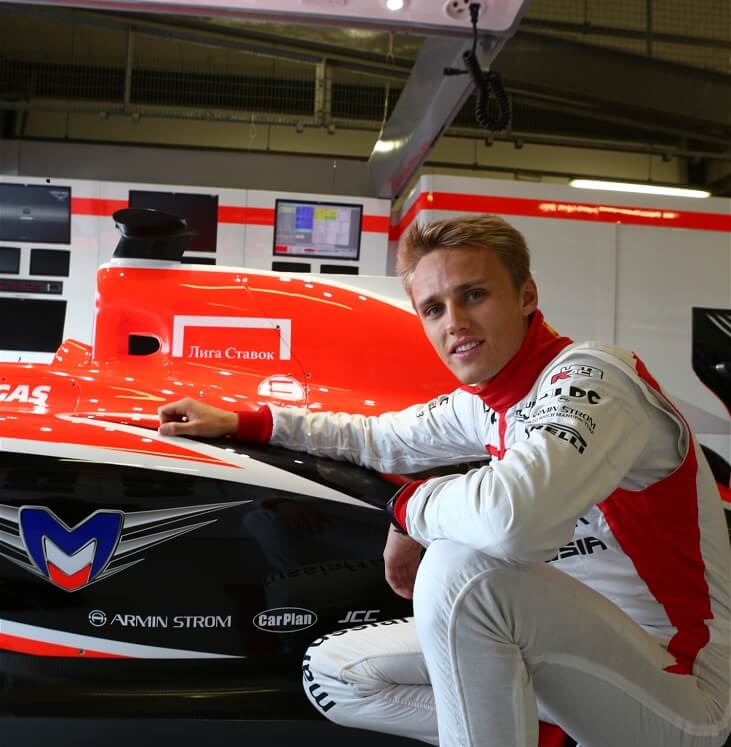 2014 was the third year that CarPlan sponsored the team, and it was to be Marussia’s best season so far. Prior to the season, Tetrosyl Group Chairman Peter Schofield said, “The CarPlan brand is growing substantially and, as it’s our aim to stay at the forefront of innovation and technology, we’re delighted to have teamed up with the Marussia F1 Team again so we can benefit from the products being used in an environment that demands nothing but the best. The continued exposure the range will have among users who appreciate how quickly, easy and effective the different products are, is a great move for us. We wish the Marussia team the very best of luck for the 2014 season.”

Matthew Dickinson, a composites technician at Marussia, stated that while the Demon range and CarPlan Tyre Slik are some of the teams’ favourite products to use, other CarPlan products are used to maximise the cars’ aerodynamic properties, an important factor in a sport where downforce and a streamlined body are critical.

“At the start of each weekend we give the car a really good application of Auto Finish’s Advanced Resin Polish so that it looks pristine when we run for the first time on a Friday morning. The Mirror Gloss Sealant produces a gloss effect which leaves it looking really shiny and also helps maximise the car’s aerodynamics,” he explained.

“When the car comes into the garage we need to be able to clean it as quickly as possible and then get back out on the track. We use Auto Finish Speed Shine Detailer for this because you need only one squirt, a quick wipe and it’s done.

“On a Sunday night, when we’re packing up, CarPlan’s Rapid Wheel Cleaner is great. The wheels come off, and they are carrying a lot of brake dust and rubber residue, and we need something that works really quickly. This is really strong and leaves you with a wheel that looks as good as new.

Jules Bianchi and Max Chilton remained as the main drivers for the new season, and the cars were now powered by the more economical V6 Hybrid engines. The team also established new rivals, Sauber, who had been mid field runners for the last few seasons. The car looked improved from its first laps, missing out on a Qualifying 2 spot by just over a tenth of a second at the opening round, which was converted into 13th come raceday in the hands of Max Chilton. Chilton collected another 13th position at Bahrain, showing that the car was now properly a mid field contender.

The form of the team would reach its peak in the middle of the season, as the best result came at the sixth round in Monaco, the most difficult circuit on the calendar. A strong qualifying followed by a host of retirements by major championsip contenders during the race allowed Bianchi to bring home ninth position, and with it, the teams’ first points. The rest of the season continued to go positively, with both cars making it to the second Qualifying session at home in Silverstone, and again Bianchi made the Qualifying 2 cut at Hungary and in Belgium.

Unfortunately, things would go badly wrong at the Japanese round at Suzuka, when during a Safety Car period, Bianchi crashed heavily with a trackside vehicle that was attending to the stricken car that brought out the yellow flags a lap earlier. This, along with financial issues towards the end of the year, forced Marussia to withdraw from the last few rounds. As a result of the injuries sustained in the crash, Bianchi passed away in July 2015, nine months later. The deepest thoughts and condolences go out to his friends and family from all within the Tetrosyl Group.